The meaning and origin of the expression: Nothing is certain but death and taxes

I really didn't want to. I didn't think there was going to be a way out. I mean, I was hoping that there would be some type of medicine or something that I could take and it would go away, but no. It didn't really work that way. A lot of kids feel this way. In these classes, they ask the teachers, why does this have to happen? And is there any way I can stay a kid? It's crazy to be told you can't do anything about this. It's coming, and when it happens, everything will be different. How many things in our lives are like that?

Well, today on our show, we have stories of people dealing with the inevitable, trying to do their best, trying to stay themselves through these things that could be so confusing and potentially soul crushing. And we're not going to mess around today with little inevitable things in life, with traffic and relatives you don't like and what happens if you never brush your teeth. We're going to go with two inescapable things that are absolutely certain. Act One of our show is about death. Act Two is about taxes. These are two things that are unavoidable that actually, I think, most of us don't know that much about. And today we turn to people who know more than us. Prepare to be surprised at what they say. I'm Ira Glass. Stay with us.

Act One-- Death. So we can only guess at what happens to us after we die, but we do not have to guess what happens right before. Though most of us remain ignorant until we arrive at that moment ourselves, Nancy Updike found a spot where she could understand all this better.

If you're listening to this story over the internet or on the podcast, note that we have unbeeped two words that were beeped in the radio broadcast of the show. If you prefer a beeped version of the program, you can get that on our website, thisamericanlife. Otherwise, here's Nancy. Before I tell you where I went, let me tell you why I wanted to go. Four years ago, my mother's husband, Asa, was dying. She was taking care of him at home with help from a hospice, and I went to be with her and him for the last 10 days of his life.

He was this tall, very funny man with beautiful manners who adored my mother. I felt clumsy and helpless all the time in those last days-- with Asa, with my mom. I didn't know what to say to someone who's dying. I didn't know how to be. I'm sure that's true for lots of people. I remember checking in on Asa one afternoon and asking him if he needed anything.

He looked at me and said, I need everything. We both laughed. That was the closest I ever got to talking with him about what was happening,. There were people around who did know what to do, though-- the nurses. I watched them from my stupor of awkwardness. They never brought any false cheer into the room with Asa, which is hard not to do with a dying person. They were direct. And then she said, God willing, I'll see you next week. The nurses knew how to deal with us, the rest of the family, too. One of the nurses, Jenny, got me cleaning out the fridge one morning.


We did it together for an hour and a half, just talking, passing the time. It wasn't until later that I realized, oh, she did that for me, to give me something to do. It was a strange feeling to know I was that transparent to her. 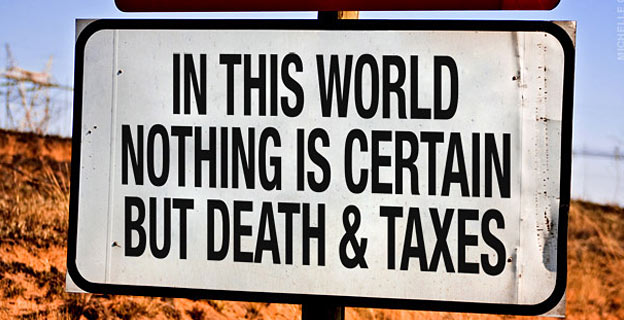 For the last hour of Asa's life, the people in the room were my mother, one of Asa's sons, Jenny, and me. We held Asa's hands. Jenny was standing, and she sometimes touched Asa's head gently. She told him, it's all right. It's OK. Your family is OK. Everyone is all right. Asa's eyes were open. They'd been that way all day. He was staring up and to the right, over our heads. He didn't see us.


He moaned every once in a while, and we spoke to him when he moaned. The four of us watched his breathing slow down and get shallower, until he was taking just sips of air. When he was very close to the end, Jenny brought over a glass of water and a little dropper that we'd been using to moisten Asa's mouth, and she told us each to take the dropper and give him some water and say our names close to his ear so that he would know who was giving him each bit of water. As a ritual, it felt comforting and sad and vaguely religious, and Asa's son and I were both crying.

I had no idea how badly we'd needed a ritual at that moment until Jenny gave us one. I had never seen the kind of expertise these nurses had.

They knew death. They seemed to understand it. Whereas I, even though I had just watched someone fade away and die right in front of me, all I could think was, what just happened? But I didn't realize how much of a hold all of this had on me still until I heard a stranger talking a few months ago about how his mother is a nurse who works in a hospice facility, seeing people die almost every day.

And then he went on to say that after his mother had worked there for a few months, she forgot the president's name. And when she mentioned that to her boss, her boss said, yeah, that happens. That's normal here. Your brain is blocking out a lot of what you're seeing, and some other stuff is getting blocked, too. My first thought was, my god, of course. They're experts, not robots. My second thought was, I need to go to this place and talk to these people. This guy wants to pass me. Usually nobody ever passes me.

I'm on my best behavior with you in the car. So this is Pattie Burnham. She's the one who forgot the president's name. That was five years ago, though.

She's on top of it now. It's Barack Obama, by the way. Pattie's a registered nurse, and the place she works is an inpatient hospice about 30 minutes north of Boston called the Kaplan Family Hospice House. We're driving there now. Pattie's got a double shift today.